Adventure Is Not Just for Sexy People

I posted my monthly weight loss and fitness update last Friday. On Saturday, I received this message on Facebook:

I’ve liked and followed your posts here on FB for some time now. I agree with the premiss [sic] of what you are doing, absolutely!

What I have issue with is many of your posts feature unhealthy, overweight women as some type of fitness examples. I know we all need to start somewhere but the post featuring Jen losing only 5 lbs was just too much.

If this was “Weight Watchers” magazine, I could see articles like that as being inspirational. However, you are “Women’s Adventure” so my expectation is a bit different. Being that heavy and never having ridden a road bike until now makes you look like a poser.

Hearing about someone that heavy has lost only 5lbs after a month pretty much confirms that.

I wish Jen and all of you every continued success but I’m pretty much here [sic]. I didn’t post anything negative on your page but wrote you directly. I would never want to hurt anyone’s feelings but I’m sure I’m not the only one who feels this way.

Wow. I had to reread it a couple of times before it actually sunk in. Then I burst into tears. I couldn’t believe that a stranger would take the time to write such a cruel email to someone who’s actually trying hard to change. Coming from another woman, it’s even worse. As former Secretary of State Madeline Albright has said numerous times, “there’s a special place in hell for women who don’t help other women.” We work hard to foster a supportive community of women at this magazine. God knows, it’s hard enough having a vagina in this world.

This message was meant to cut me down and de-motivate me. And it worked. After reading it, I felt deeply ashamed: ashamed of my body, ashamed for trying, ashamed for failing, ashamed for working at Women’s Adventure when I am obviously “unhealthy, overweight, and a poser.”

I felt so ashamed, that although I was in tears, I was scared to call my husband for support. I feared that after reading the message to him, he would take the side of the writer—that he would see the light of day for the first time…. “Thank you for clearing the cobwebs from my eyes. My wife is just as you describe her. Why on earth did I ever marry her?”

Dr. Brene Brown of TED Talk fame, and who has more recently gained notoriety in Oprah Magazine, describes shame as “the intensely painful feeling that we are unworthy of love and belonging.” By calling me a poser and “heavy” numerous times, the message I heard was: “You don’t belong here.” Even at 37-years-old, I find that this message still has tremendous power. I was instantly flooded with vivid sensory memories of feeling unwanted, unloved as a child and teenager—the odd, chubby girl, the loser.

Our magazine is not just for sexy, buff women. There’s a gazillion other magazines that can show you airbrushed photos of Barbie dolls with cut biceps. Women’s Adventure magazine’s mission is to inspire women to try new things, move out of their comfort zones, and challenge them to grow, improve themselves both physically and mentally. Our magazine celebrates discovery of both the self and the world. We aspire to create a magazine that tells you anything is possible. The journey begins with a single step.

We hope to encourage women to not wait to discover their stronger, braver, happier sides—do it today. It doesn’t matter if you think you’re too old, too young, too fat, too weak.

Since I’ve started blogging about my journey, I’ve gotten numerous comments and personal messages from other women that simply say: “I’m like you.” It’s as if they’re asking, “Is it really okay for me to be here?”

The answer is YES! We welcome you with open arms.

Trying new things and challenging yourself will NEVER make you a poser. In fact, it makes you an inspiration to others.

Adventure is not just for “sexy” people. It is a state of mind. So, go forth, try new things, explore your world, and take one or two people with you along the way. 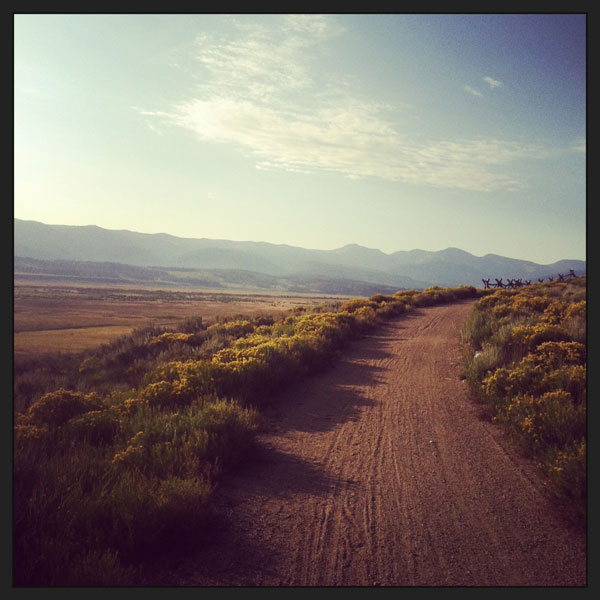 Last week’s 30-mile trail ride in Granby, CO. This is where a challenge takes you if you let it.

108 Responses to :
Adventure Is Not Just for Sexy People